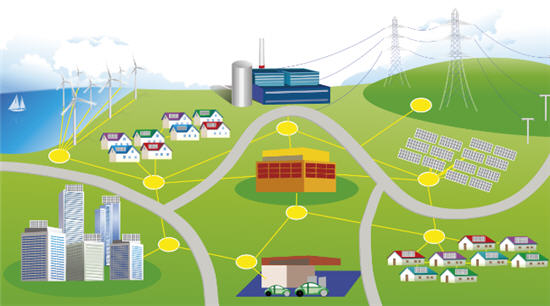 Recently there has been a great research going on around the globe in this field. There are biggies involved such as Intel and others. What are they actually researching upon? Well I am no spokesperson of these companies so its hard to mention what exactly they are going to do. But as a technology enthusiast we all can figure out the things on a broader perspective!

Lets try to sum up together what features we would like too see in this grid which boasts off to be smart by having a dialogue with the grid itself.

ME: How can you say that you are smart??
SMART_GRID: I have integrated Renewable energy resources as the source of power generation such as Wind, Solar , Hydro etc 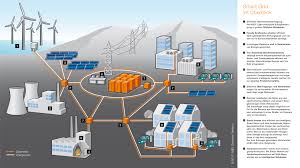 Ahh that seriously made me think, “ Yes, it is smart!” Just to mention, we have abundant renewable energy resources available to us freely say it solar energy or wind or hydro etc. 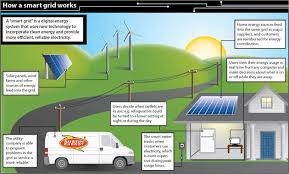 ME: OK,I agree that you are smart but there are numerous places on earth where renewable energy being harnessed why this new term?
SMART_GRID: I am being controlled by a powerful embedded system which makes me superior over the prevalent systems. The difference lies in the smart use of power availability with its usage. Lets consider an example of solar energy as a source. The availability of solar energy is prevalent during the day time and that too highest during noon. On the other hand, the peak time for the usage of this energy is at the evening i.e. after the coming from the daily commute. So what our powerful embedded system does is, it stores the surplus energy generated for the peak time usage otherwise the energy generated would have been wasted. 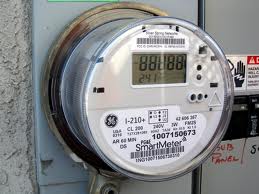 ME: Tell me more about your smartness!
SMART_GRID: I too make use of smart meters which have the ability of calculating the energy requirements for the building and developing the algorithm for the load management. Smart meter has the ability to communicate. Actually, in simple words what makes me smart is my ability to communicate and develop algorithms for energy and load management.

ME: I admit you are amazingly smart! What contribution do you make for the power cuts in the developing countries?
SMART_GRID: Thats the best place place where I fit in. The developing world needs power in abundance and in the process power failures and power cuts are the frequent phenomenon. I serve the purpose for this shortage of power and power failure. My introduction in the available grid minimizes the probability of grid failure or blackout! Thus preventing huge losses! 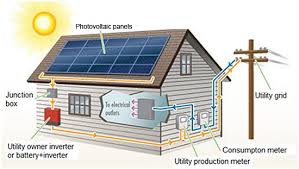 ME: Take me a step further of being convinced for you being smart if I introduce you on small scale for a community.
SMART_GRID: If you want me to be integrated on small scale for a community. Start from installing smart grids in every home of the community with the renewable power sources such as wind and solar.
It happens that one home in the community may be using less energy than the produced. The other home at the same time requires more than it generally requires. Now is the time when smart meter comes to play and sends this surplus power generated from the first home to the second home.

ME: Can you convince me tat you are smart in terms of economy too?
SMAR_GRID: Ohh YES! The renewable energy resources are freely available in on earth. Although the entire setup would be costly including the smart meters, embedded systems, storage points, solar panels etc. but the overall profit in terms of generated power and investments are positive!
Even in some parts of the world, small communities have started installing me and enjoying benefits.
When are you going to install me???

Let me put this question towards the audience of this article. We really found this smart grid stuff to be smart in terms of intelligence, technology, environment, health and economy as well! Owing to the features mentioned and many left out, there is a need to make our systems smarter, greener and cheaper. Start taking initiatives at our end and we will see the results in the coming future.

Never run out of batteries again, your body is the mobile battery!