Putting solar panels on your house can be a big, costly construction project. Now imagine simply painting the roof and getting electricity from that. 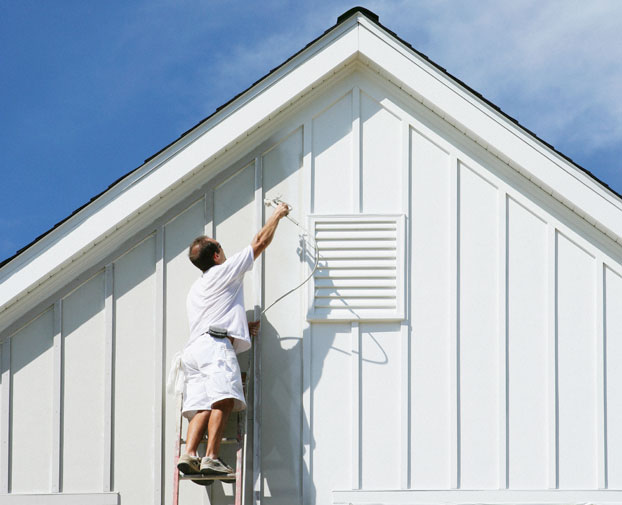 At Notre Dame, professor of chemistry and biochemistry Prashant Kamat led a group that found a mixture of nanometer-sized titanium dioxide particles, coated with either cadmium sulfide or cadmium selenide and suspended in a water-alcohol mixture to create a paint-like paste that generates electricity when exposed to light. They gave it a name: Sun-Believable.

“Both the preparation and fabrication of solar cells was carried out on a bench top. No expensive clean room or installation of machinery to handle the system under a vacuum is necessary,” Kamat told Discovery News.

A typical roof painted with this substance would produce 300 to 400 amperes at the low end, and 400 to 600 at the higher range. Assuming the voltage stays the same (odds are it would be higher) that means anywhere from 150 to 300 watts could be supplied.

That’s small –- a typical American home eats up 30 kilowatt-hours every day, according to the U.S. Energy Information Administration. Even if the noonday sun bat down for 10 hours on the paint, it would only provide a tenth of that. But over the course of a year that would add up to a few hundred kilowatt-hours, on average, that homes would no longer be using. Tally that up over millions of homes and the numbers start to look better.

Even so, the substance also doesn’t just generate electricity on its own. To make power, you have to sandwich the stuff between two glass electrodes.

Painting a roof that way could have other benefits, too. Typically roofs are dark, because asphalt shingles are so common, as is the dark red of Spanish tile. A white roof (or light-colored one) made of something that doesn’t absorb heat would reflect sunlight away from the house. In many warmer parts of the United States (which also tend to be sunnier), that would reduce the amount of heat coming into the house and with it the load on air conditioners. And one big advantage of Sun-Believable is that it’s relatively cheap to make, as it doesn’t require exotic manufacturing processes.

But that is in the future; for now, Kamat and his team are working to boost the efficiency of the paste, as well as make it more stable. Even 5 percent efficiency could make a big difference, though Kamat said to make it really practical for power production he wants to get to 8 to 10 percent. To get there, his team will work on the concentration of nanopartcles. They’ll also be working on better designs for the current collector.

Via: University of Notre Dame