At the world’s first museum dedicated to sand in Tottori west Japan, wonderful sculptures and replicas of “The History of Great Britain” have been created by some of the world’s best sculptures. 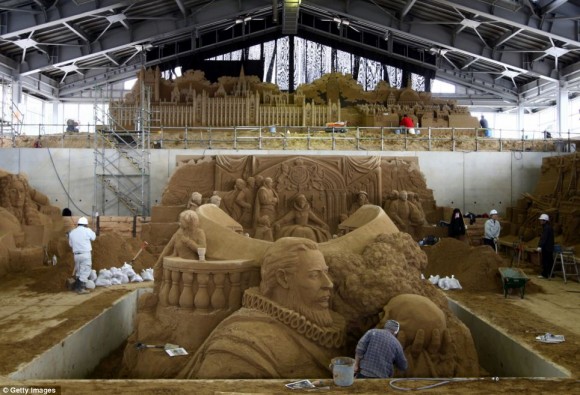 To beach or not to beach: A sand replica titled British Literature William Shakespeare at the Sand Museum in Tottori, Japan 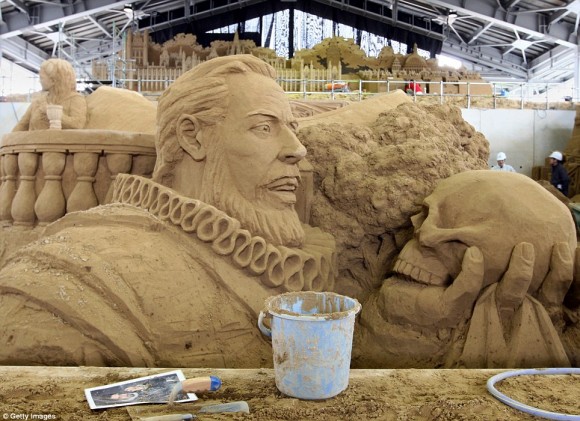 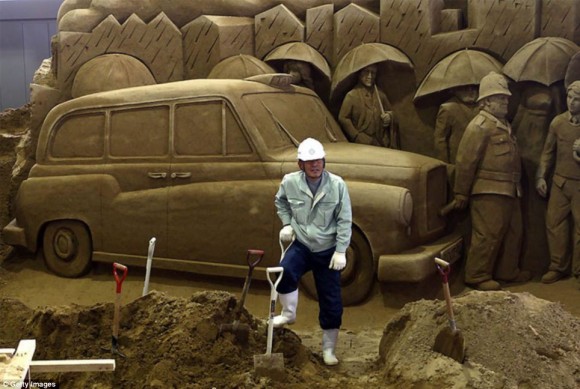 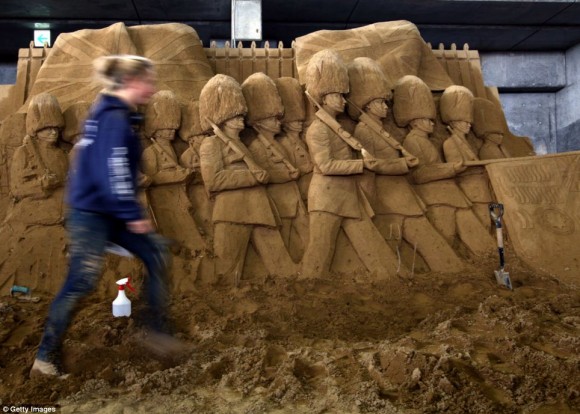 Grain Britain: UK artist Nicola Wood with her creation Imperial Guards In Front of The Palace 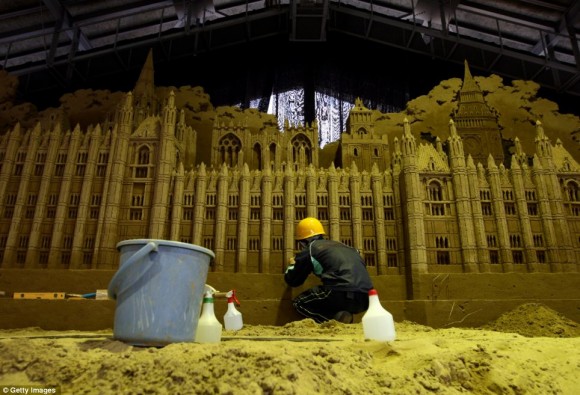 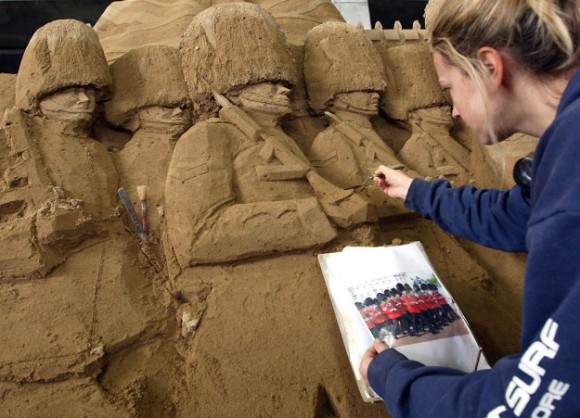 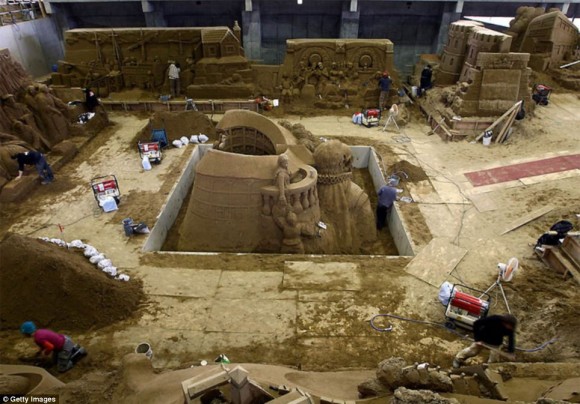 The sculptors created structures based on British themes such as the British empire, modern London and landmarks of London 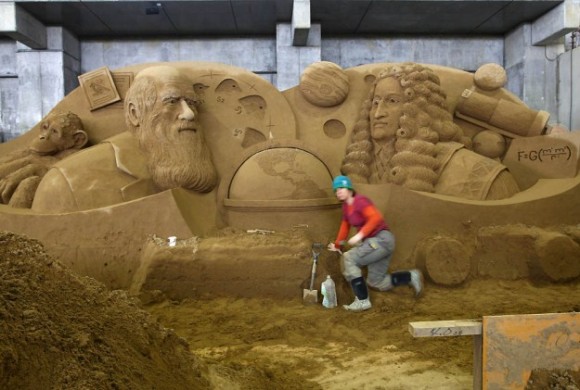 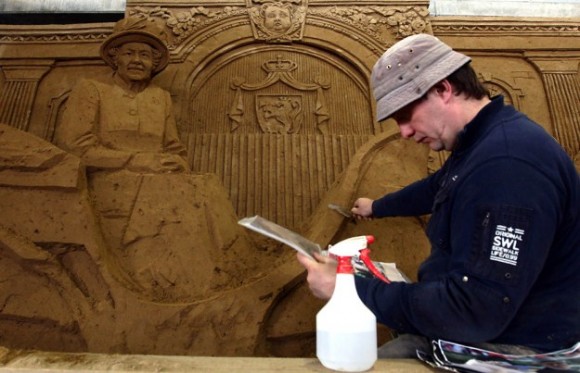 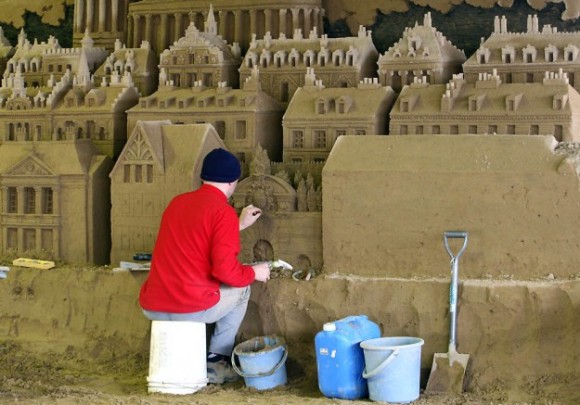 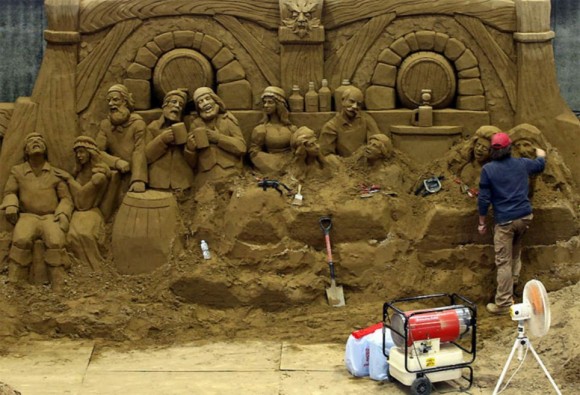 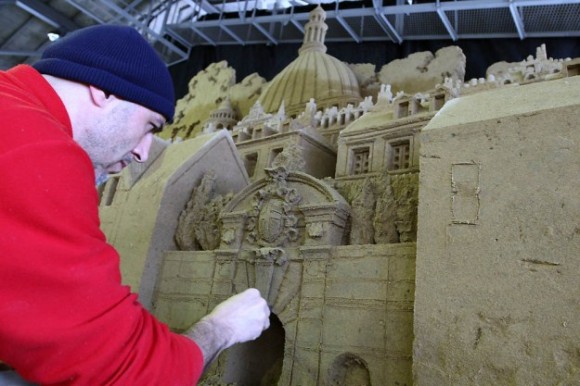 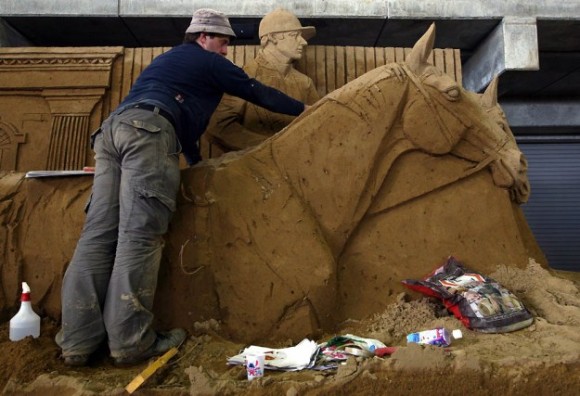 Dan Belcher sculpted this scene of happy sailors drinking at a pub, hoping to revive the memory of ancient London!

Steampunk Telephone: 1890 Called, They Want Their Phone Back!