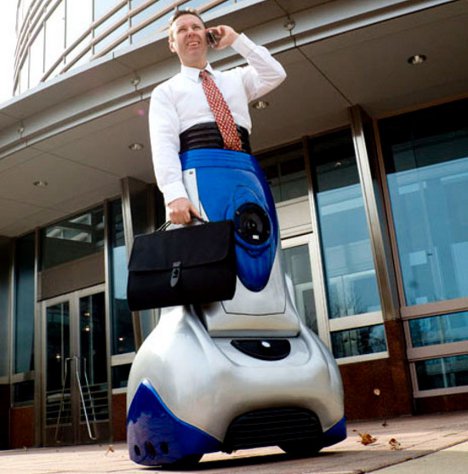 “Paralyzed people and amputees could soon stand tall with a Segway-type personal vehicle that would allow them to go anywhere a wheelchair can go. The Chariot is being developed by Exomovere Holdings who hopes that the vehicle would be a direct competitor of scooters and wheelchairs marketed toward elderly, disabled and obese people. More importantly, it’s like a pair of wheeled cybernetic legs that snap on over your own legs, which is pretty rad. 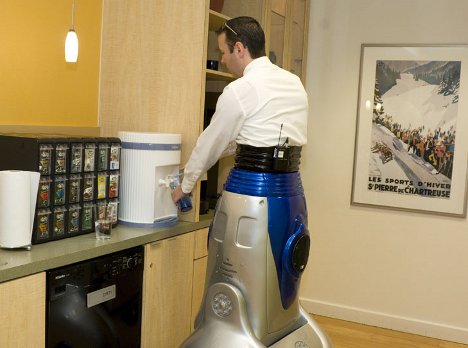 Like a Segway, the Chariot uses directional movements of the user’s body to move it around. In this case, subtle torso and hip movements would tell the Chariot which way the driver wants to go while his hands and arms stay free to do other things.

Exomovere hopes to incorporate a whole slew of other features into the Chariot, like biomedical monitors, environmental sensors and wireless connectivity. The Chariot isn’t being produced for sale yet, but Exomovere is looking for a vehicle company to get on board with the idea and help them refine and market it.”