This high-tech watch runs on a customized Android OS and connects to your smartphone via Bluetooth, allowing you to see notifications right on your wrist. 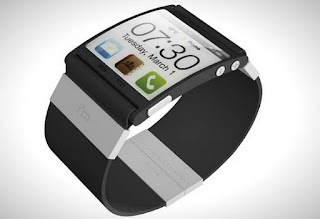 “Why own a watch that just tells you the time when you can own one that does almost everything your smartphone would do, but can be worn right on your wrist? That’s the idea behind I’m Watch ($400+), which takes the idea of the iPod Nano with the wristband a step further by incorporating an Android operating system and Bluetooth technology that can connect to your smartphone, either Apple, Android, BlackBerry, or Windows Phone 7.

For the hefty price tag (that starts at about $400 and goes up from there) you’ll be able to see previews of notifications like messages and emails from your smartphone that are sent to the watch via Bluetooth. The watch also runs apps so that you can play music, check the weather, and schedule appointments.
Official video:
The I’m Watch will reportedly run on a customized version of Android 1.6, which is the oldest version of the Google mobile OS. It seems like a strange move, but it will probably suffice for everything this device needs to do. The watch features a microphone for making calls, which you can actually do directly from the device. Things like messages, email, Facebook, and Twitter will show up as notifications on your I’m Watch screen but you’ll have to actually dig your phone out of your pocket or purse to make any further actions. “
Visit the website: imwatch.it
Via napstertech.blogspot.com

Caller ID on your Watch!