Meet Mercedes’ new green machine. This is the Biome concept, the German firm’s entry to the LA Show’s annual design challenge competition, and Auto Express was there live for the unveil at Mercedes advanced design studio in LA. 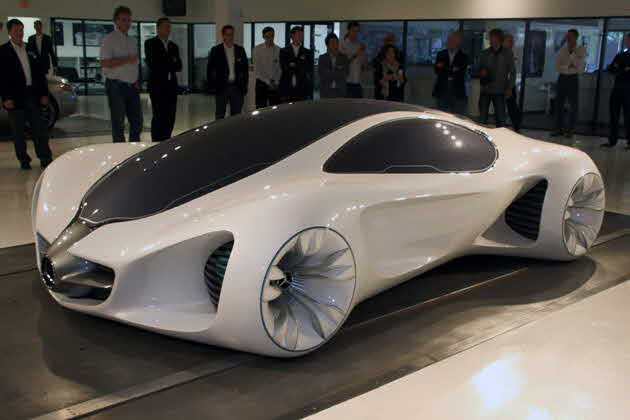 The Biome is a pure flight of fantasy and isn’t intended to influence any future model. However, the technology used to create the car is intriguing as it’s straight from the pages of a sci-fi novel. 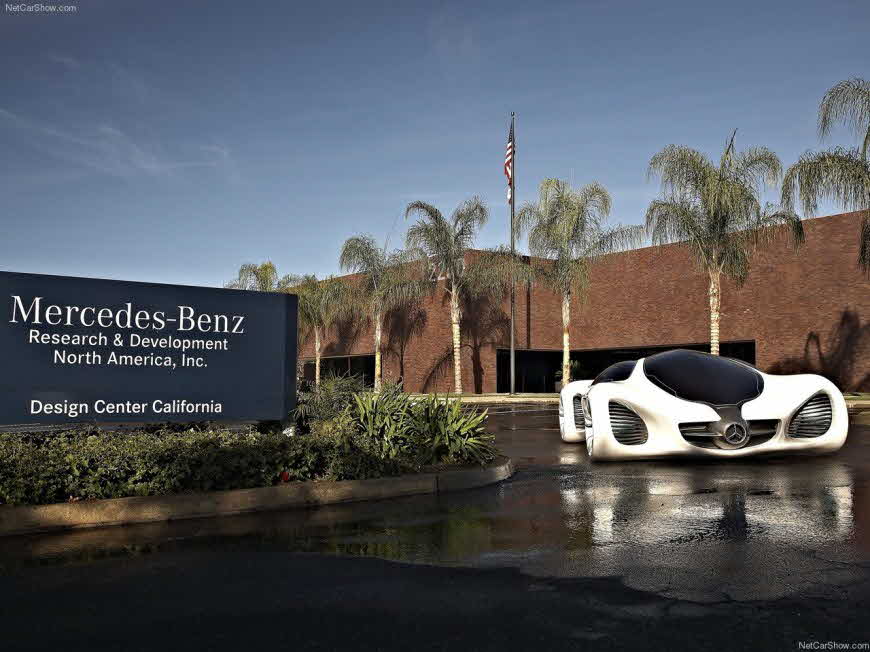 The Biome is built to the 2010 Los Angeles Design Challenge rules, which are to build a safe and comfortable two-plus-two compact car that weighs no more than 1000lb (454kg). However, it tips the scales at just 394kg as its chassis, body and fuel storage is made from a material called BioFibre. 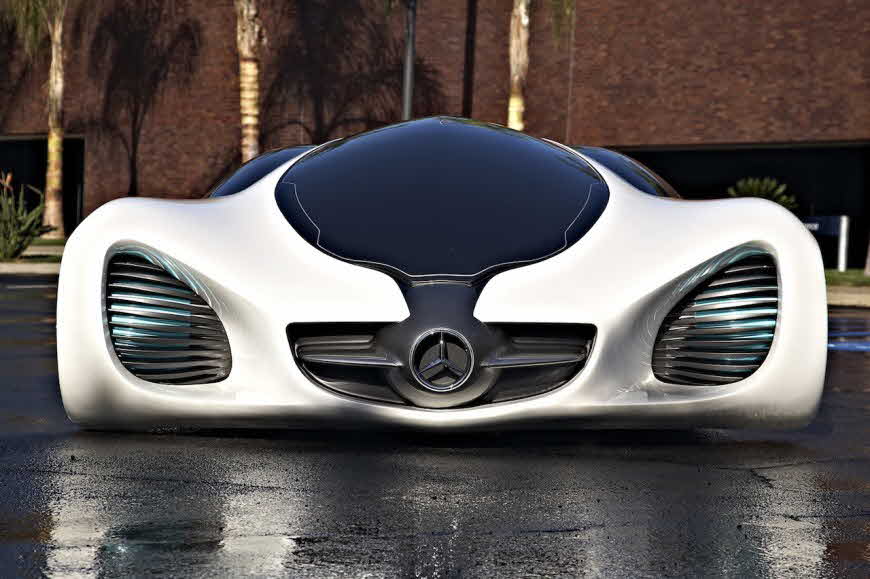 BioFibre is an organic material which can be genetically manipulated. Like something from The Matrix, a Mercedes three-pointed star, which is impregnated with DNA which contains the spec of the car, is planted in a Mercedes nursery in a nutrient-rich substance called Bionectar, which is harvested from trees. 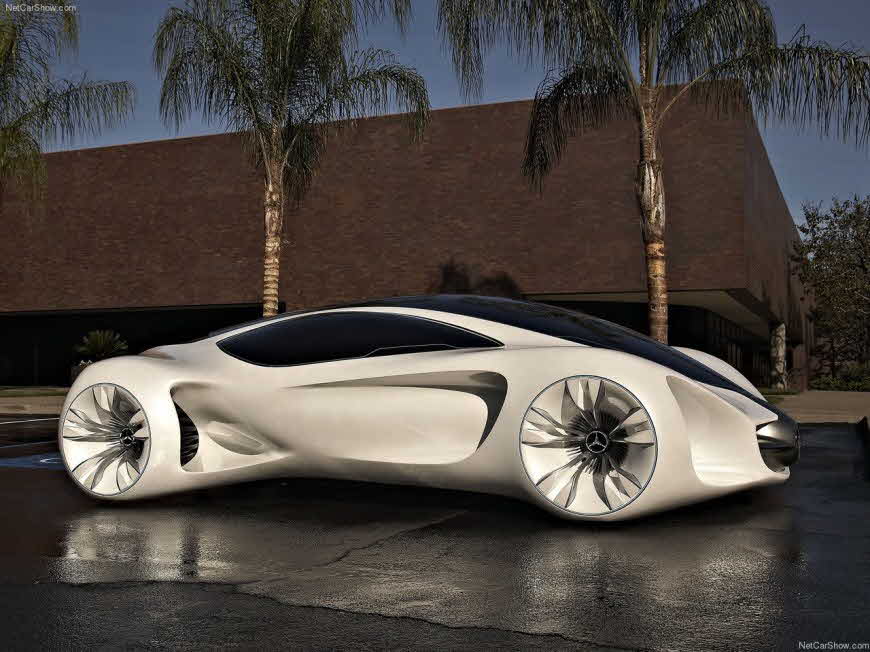 The Biome’s body then grows from the seed, taking just one day to mature into a finished body. The mature material is called BioFibre, which Mercedes’ claims is lighter than metal or synthetic composites, but stronger than steel. 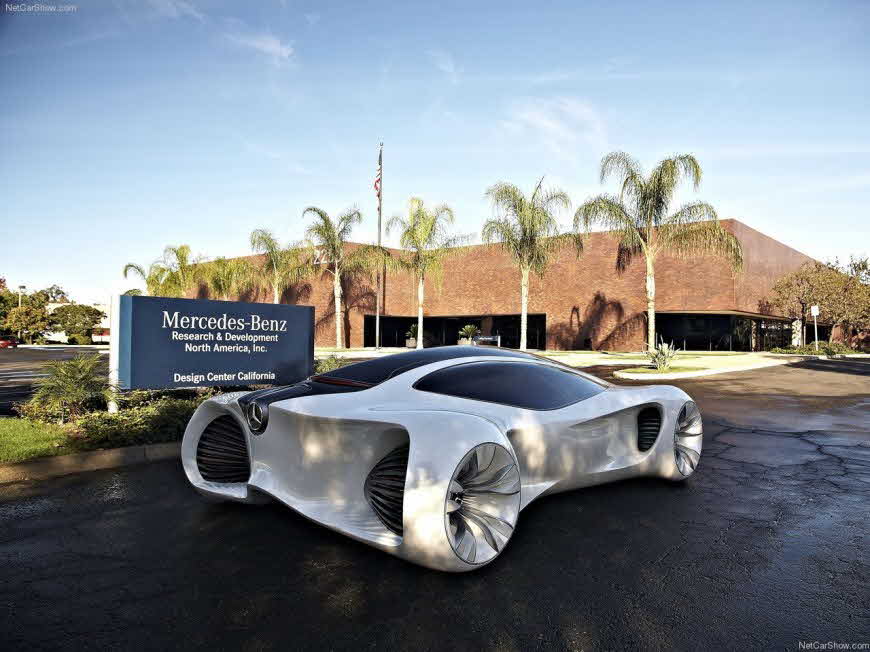 The Biome measures 4020mm-long and 2500mm-wide and features a four-seat cockpit laid out in a diamond shape, with the driver up front, flanked by two passengers in the middle further back and a single seat in the rear. 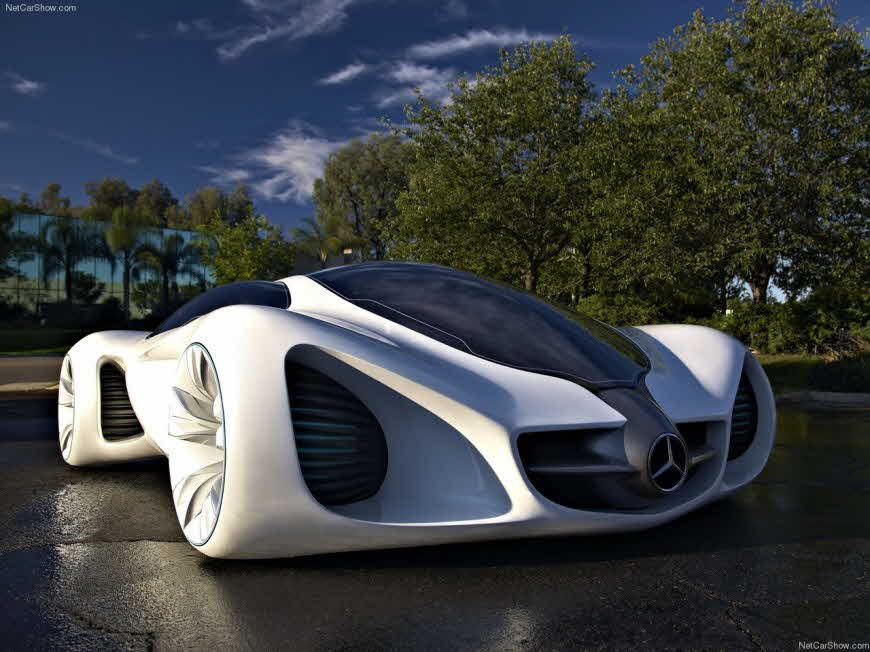 Two full size models were shown – one representing the organically grown interior, with it’s bone-like structure, and the other the sleek exterior. But the Biome isn’t Mercedes’ only entry into the prestigious design competition. 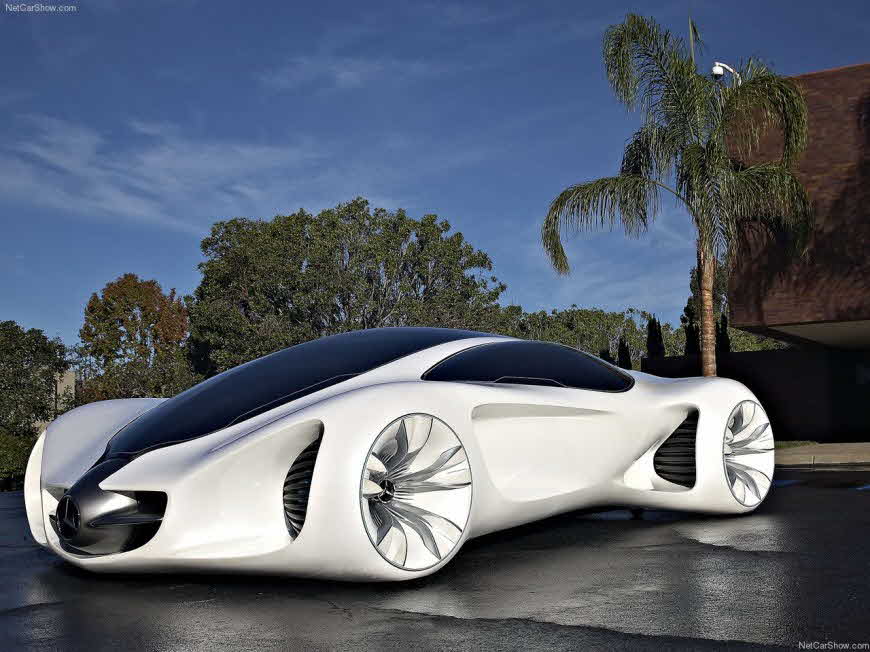 The Smart 454 Weight-Watch was created by the firm’s advanced studios in Germany and is a lightweight and versatile beach-buggy vehicle with a carbon-fibre chassis ‘knitted’ by robots and a removable fabric roof. A cross between a rickshaw and a Segway, the entry from the firm’s Japanese studio is the Maybach DRS. The futuristic four-seater is created through metamorphosis from a DNA cocoon, making it a naturally manufactured vehicle – much like the Biome concept above. 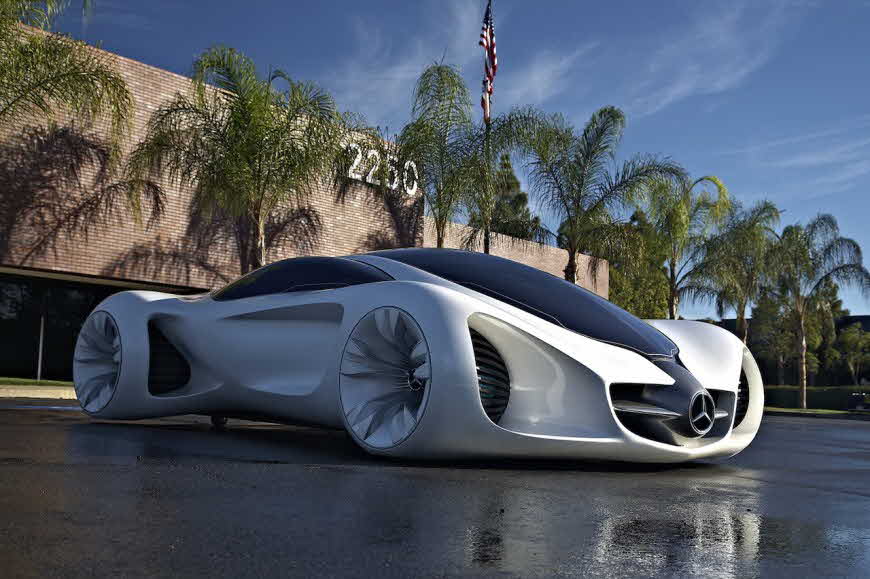 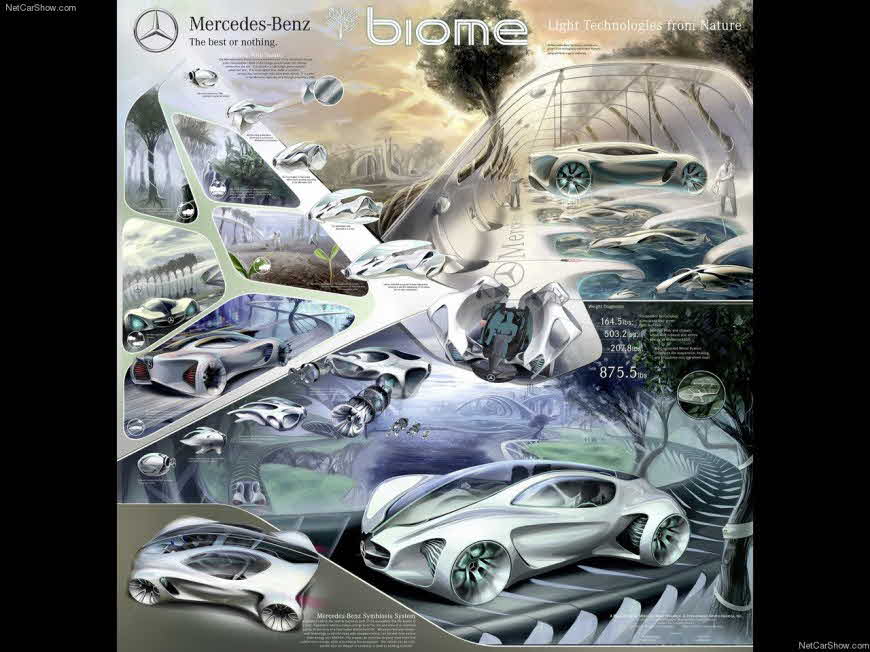