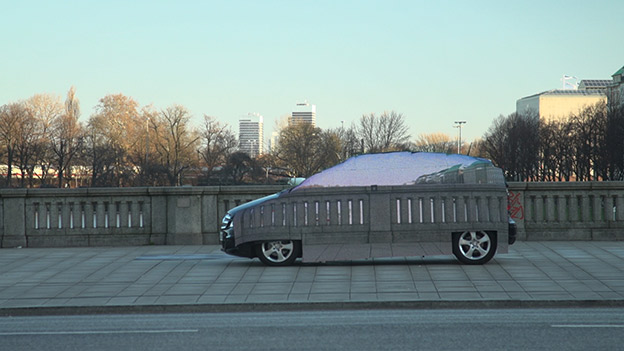 So you ask how they did it? Well, the clever guys placed a mat of LEDs across one side of the vehicle and mounting a video-shooting Canon 5D Mark II digital SLR camera on the other side.

Have a look at the video below and do let us know what you fell about this technology.

It’s a pretty cool concept, though you have to stand back pretty far and be viewing the vehicle at an exactly 90-degree angle for the effect to work. I’d love to see someone work out higher resolution version of this illusion, along with head tracking so it would work no matter what angle you were standing at (like Mission Impossible: Ghost Protocol’sinvisbility shield.) Still, Mercedes’ promo beats your average crummy ad campaign, IMHO.