They say: times have changed; I say: people have changed as well… In less than a 100 years lots and lots of inventions strived to invade our homes… Televisions, computers, and lots of other devices, and while the television was the most to blame for social issues, computers and the internet where only identified as serious threats recently.

Honestly, I’ve tried a lot of such software, and only one was able to fulfil my needs, that is Nicekit’s “Time Boss”. 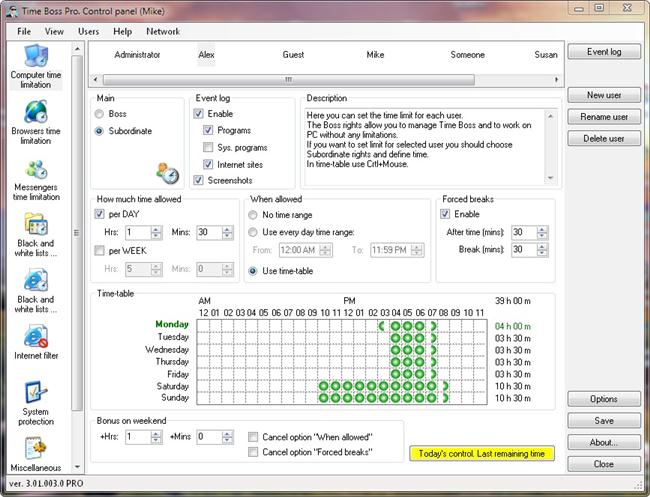 So “why do we need such software?” you may ask. As to make it simple I’ll just mention simple ideas with basic features of “Time Boss”:

Still don’t know why you may need it? Here are simple scenarios: 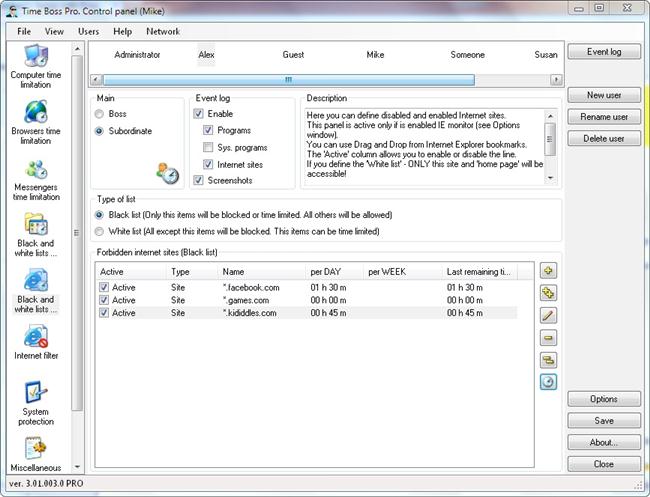 You may now be wondering what makes Time Boss so special. One of the amazing features of Time Boss is limiting session time, which means that the user’s time will end after using the computer for one session when they still have other sessions in the same day; this may be useful for students so that they can have a session before studying and another when they finish, it can also be useful for eye health (breaks are great for eyes).

Another great feature is time grants. Ever need to extend a specific user’s time but you’re unable to reach the computer? You can simply assign time grants for users you choose, it works just like a coupon code system that they can redeem! The software also provides an automatic system to extend user’s time on weekends (weekends and extensions can be modified)!

A lot of parental software claim to be the easiest, but I can assure you that Time Boss is simple despite that fact that it has a lot of advanced features that no other similar software has. There’s even a button to switch between simple and advanced view!

Here’s a snapshot of an old version: 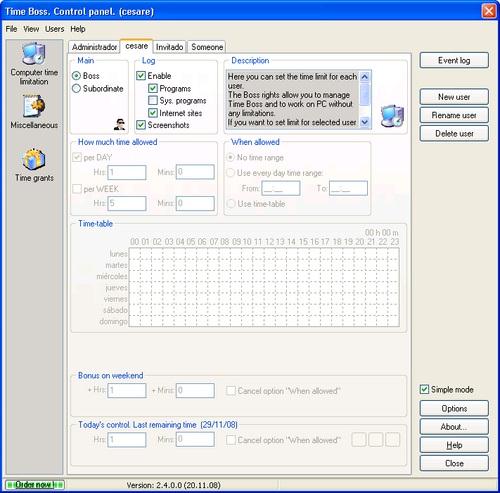 There’s even more! If you are an advanced user, you may also use use Time Boss Pro which adds the ability to administrate the usage of any computer by any user in a local network from a remote PC! It also contains an anti-key-logger feature to protect your password.

You can buy Time Boss and/or Time Boss Pro from Nicekit’s website directly. They offer 1 month trial before you buy the software.