RIBA II is a two-armed care support robot that can lift people from a prone position on the floor to a wheelchair, which is one of the most physically demanding tasks in nursing homes. RIBA II has been co-developed by Tokai Rubber Industries and RIKEN. 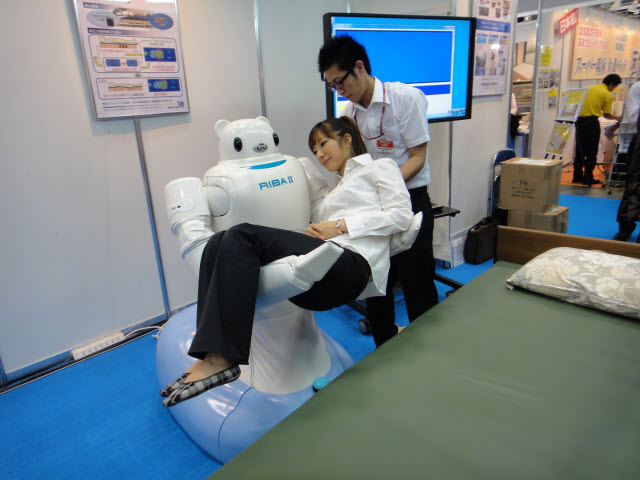 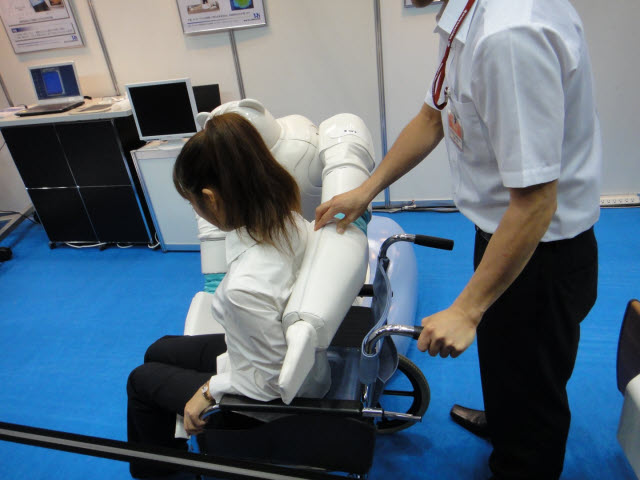 “As this robot comes into direct contact with people, we’ve made its entire covering soft, so as not to injure people. If you touch it, you’ll find it’s very soft.” 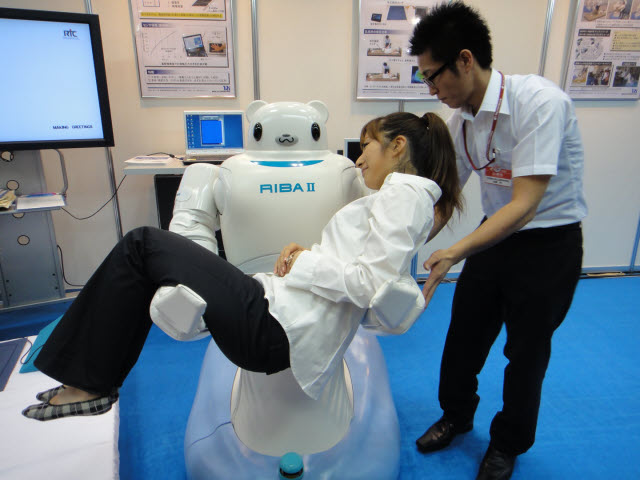 To make the robot’s whole exterior soft, it has all-rubber, flexible touch sensors, called SR sensors, developed by Tokai Rubber Industries. These are the world’s first capacitance touch sensors to be made of rubber. They’re formed by printing, and they feature a simple structure that enables them to have a large surface area. 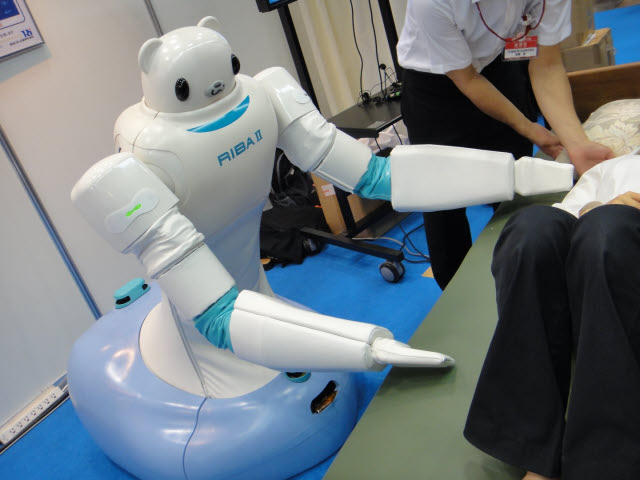 “These SR sensors are used on the upper arms, forearms, platform, and body. They detect contact with a patient, how much that person weighs, and their posture. This technology controls the robot so that it transfers the person safely.” 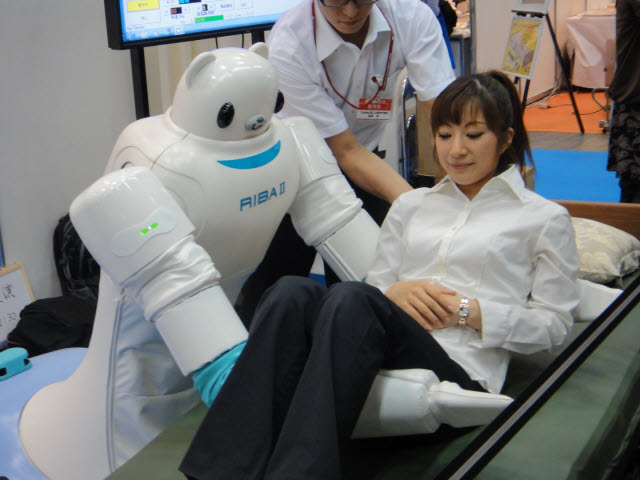 The robot also has a new mechanism, with two flexion joints and supplementary springs in its back, enabling it to lift 80 kg, which is 30% more than before. Ordinarily, it takes two people to lift a patient from the floor to a wheelchair. But using RIBA II, the task can be done by one care assistant and one robot in coordination. This is expected to greatly reduce care workloads. 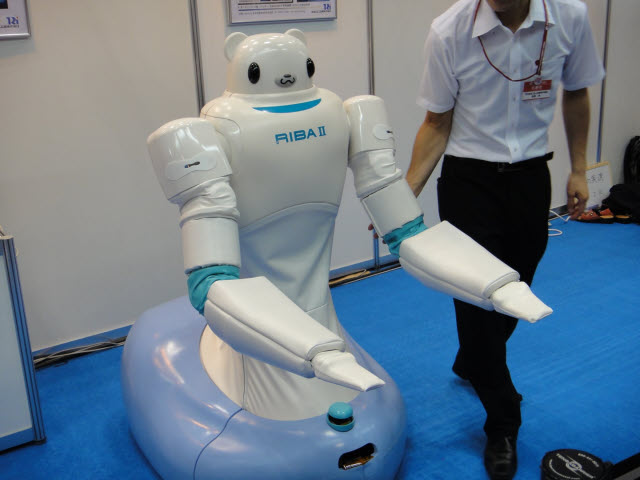 “When we asked care assistants, they said that if the robot was shaped like a person, it might confuse or frighten people with Alzheimer’s. They told us that an animal shape like this would be easier for patients to deal with.” 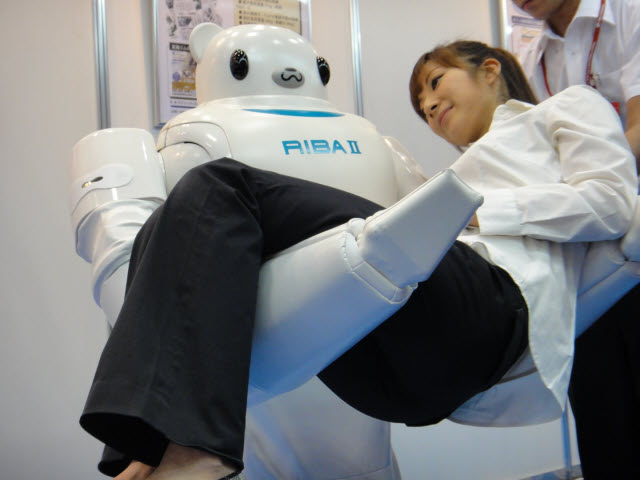 Tokai Rubber is continuing its research, with the aim of releasing a commercial product in 2015. The company intends to further improve the robot’s safety and speed, make it lighter, and reduce the cost. 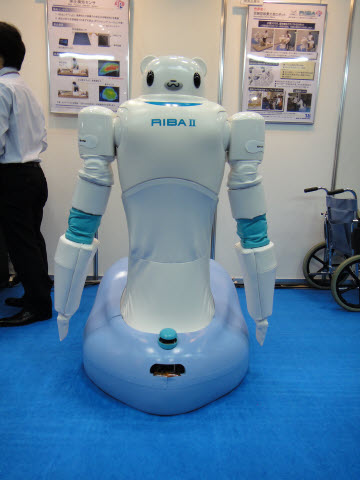