Ever wanted to listen to music without sharing it with anyone? Although you could use earphones, the SoundLazer is much more comfortable; it also lets you hear the music without losing the ability to hear surrounding environment’s sounds.

Parametric speaker technology forces highly-directional sound from the front of its speaker elements, so you only hear the sound if you’re standing in a direct line with the speaker. 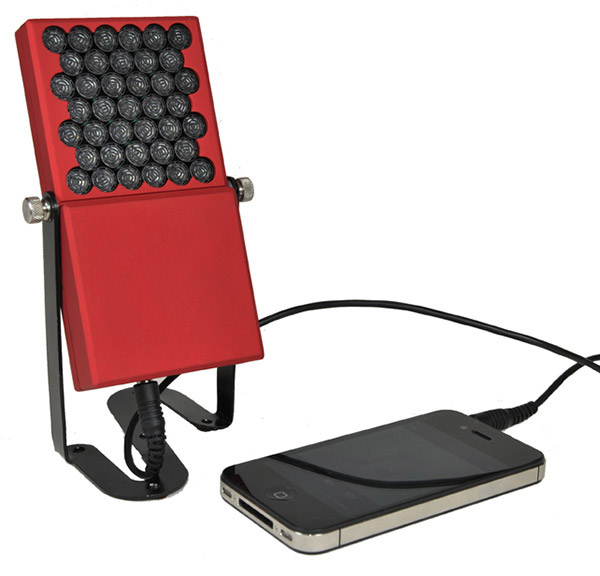 Up until now, parametric speakers were pretty difficult to come by, and generally very expensive. The Soundlazer aims to change that, offering individuals the opportunity to play with their own complete parametric speakers for as little as $175(USD). The Soundlazer uses an array of 39 piezoelectric ultrasonic transducers, which work together to generate an incredibly directional audio beam. Stand in front of the speaker, and you hear perfectly clear sound. Stand to the side, and you hear nothing. You can connect the Soundlazer directly to the 3.5mm audio port on your computer or media player, or can also experiment with custom filters, compressors and sound algorithms via its built in USB port, and Analog Devices DSP programming tool, Sigma Studio.

Soundlazer creator Richard Haberkern is currently raising funds for production of the device over on Kickstarter, and has already raised over $44,000 of his $48,000 goal with 45 days to go. So it’s almost a certainty that the Soundlazer will go into production this Summer. Prices range from $50 for a pair of bare-bones circuit boards to $175 for a functional version without a case, to $275-$300 for the version with the red anodized aluminum case shown here.