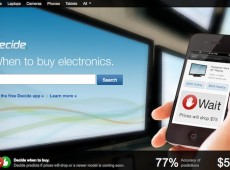 Now this is a big deal! Who thought that the lowest prices are available only on black Friday? Visit Decide.com and know when the best time to buy what you need is! END_OF_DOCUMENT_TOKEN_TO_BE_REPLACED 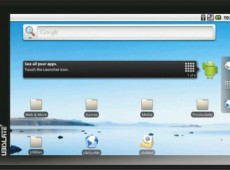 إقرأ الموضوع بالعربية The Indian government has finally managed to bring out the much hyped $35 tablet. The tablet which was named Sakshat, has been renamed to Aakash (which means sky in Hindi). The government has managed to keep up its promise of pricing the tablet as less as possible. For over an year, the $35 tablet has seen a lot of flip-flops in terms of its manufacturing cost, manufacturer and the design. Many Tech bloggers around the world had even questioned END_OF_DOCUMENT_TOKEN_TO_BE_REPLACED 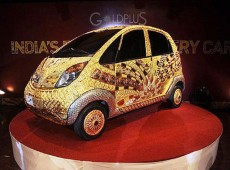 لقراءة الموضوع باللغة العربية اضغط هنا... Tata is looking to play with both sides of the automotive pricing coin. On one side, it has the Nano, which is arguably the least expensive new automobile on the planet. In its native India, the Nano can be had from around $2,500, and it's been reported that an updated version would run around $7,000 if sold in North America. Now, however, there is now a special new version of the Nano which raises costs a bit. How does END_OF_DOCUMENT_TOKEN_TO_BE_REPLACED