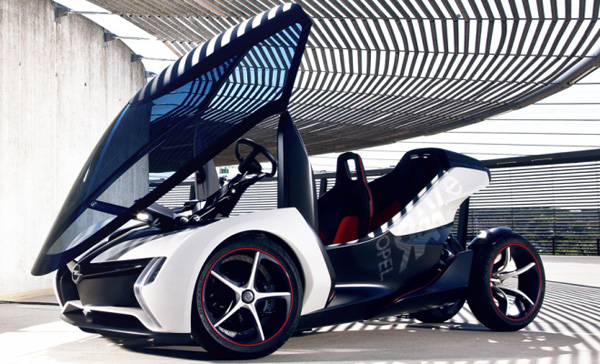 Opel and KISKA have teamed up to design a fresh new urban commuter, the Opel Rak E concept.  This tandem two-seater is designed for light-weight, high efficiency, zero-emission driving on an all-electric drivetrain.  On a single charge, the Rak E can travel 61 miles and will re-charge in just three hours.  It’s not just the green-minded, city-friendly specs that attract us to the Opel Rak E, it’s the futuristic design philosophy which it embodies.

Some may recognize the firm KISKA for their work with KTM, manufacturer of performance motorcycles and open-cockpit vehicles.  KISKA has always pushed the envelope in design, and the Opel Rak E is no exception.  This four wheel, single-row vehicle is designed to seat two comfortably under a forward-rising windshield.  Its exterior is sharp and angular, with a curvy aerodynamic rear end that is accented by a pair of extended rear wheels.  It’s a design that not everyone will love, but those who do will certainly fall hard for this one.

The Opel Rak E Concept is not the first of its kind, as the tandem, single-row layout has been suggested for urban commuters before.  Opel’s focus on electrics and hybrids could make this one a reality before any of the others, however.  While this design was intended as a future study for the Frankfurt Auto Show, it could be suggestive of the direction Opel plans to move in the future.  Futuristic jet cockpit electric cars?  What’s not to love… 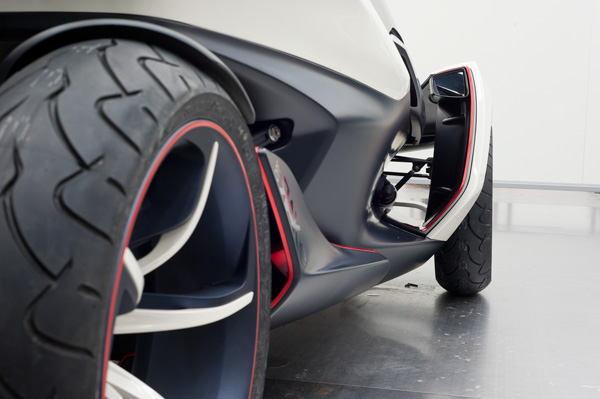 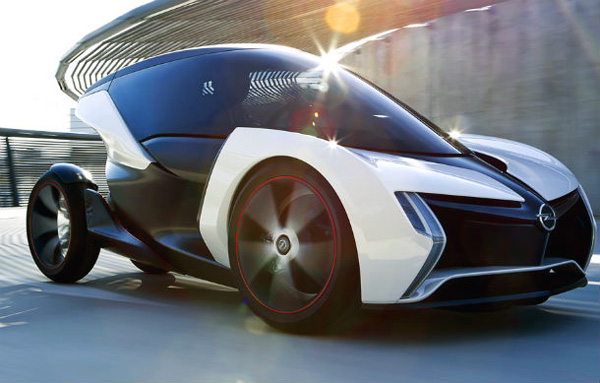 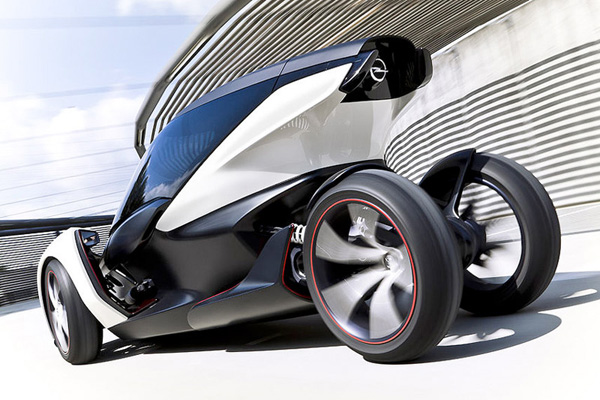 Tesla Crosses Over With Model X