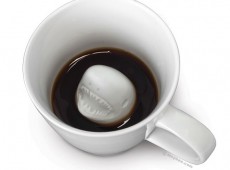 Be careful when you are having your coffee, a great white shark can appear any sec.Buy it here ($9.65) Source [1designperday.com] END_OF_DOCUMENT_TOKEN_TO_BE_REPLACED

لقراءة الموضوع بالعربية، اضغط هنا   Posted by Heather Adkins, Information Security Manager (Source) Today we received reports of attempted SSL man-in-the-middle (MITM) attacks against Google users, whereby someone tried to get between them and encrypted Google services. The people affected were primarily located in Iran. The attacker used a fraudulent SSL certificate issued by DigiNotar, a root certificate authority that should not issue certificates for END_OF_DOCUMENT_TOKEN_TO_BE_REPLACED