The Kure table can be closed as a sphere (looks like a egg) when not in use. It is designed like a flower that opens up to a full-fledged dining table. The table with sphere lighting rises from the center of the table and the the base glows with blue light. A great concept!! I’m keepin’ my fingers crossed        via..itechfuture.com END_OF_DOCUMENT_TOKEN_TO_BE_REPLACED

A new kind of car seat developed by the Advanced Institute of Industrial Technology inTokyo is able to identify the person who is sitting on it. The seat works by using a system of 360 pressure sensors, which through their combined effort can apparently remember what it feels like to be sat on by you as opposed to anyone a little bit thinner or fatter. It seems like it would be a pretty inaccurate affair, but tests have shown that it has a 98% percent recognition rate, which is pretty good considering END_OF_DOCUMENT_TOKEN_TO_BE_REPLACED 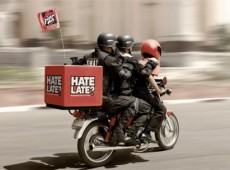