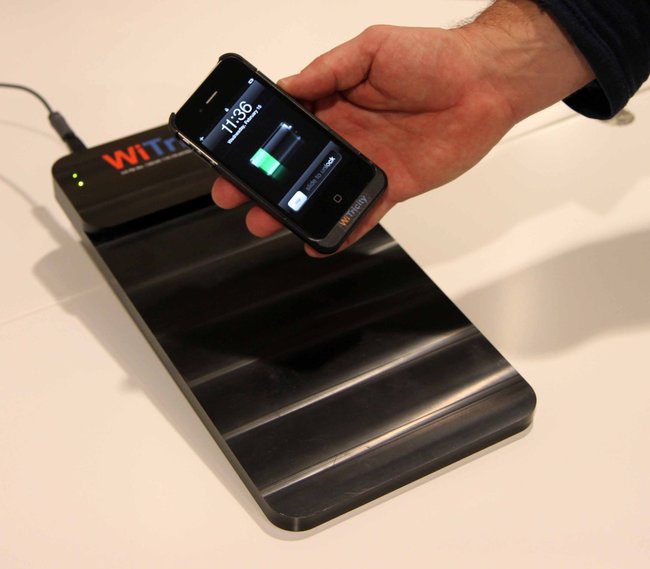 Finally, you can now leave your gadgets by themselves; they would look for themselves, feed when in need without moving at all!

THINK how convenient it would be if you could recharge electronic devices without ever having to plug them in — or even take them out of your briefcase. Instead, you could leave your briefcase on a counter in the living room at home, and the smartphones and tablets within could see to their own recharging. And the robotic vacuum cleaner in the corner of the room could do likewise.

The WiTricity Corporation in Watertown, Mass., has developed a novel technology to handle just these sorts of wireless energy transfers. The company makes and licenses a system of magnetic coils and companion electronics that turn wireless charging into a built-in function of smartphones and other devices.

The systems will not be sold directly to consumers, but to equipment manufacturers who will embed the magnetic coils in phones, laptops and other products and systems.

WiTricity is also developing technology for wireless charging of electric vehicles and, later, for use in implanted medical devices like heart pumps, said Katie Hall, its chief technology officer.

But electric toothbrushes transfer power only from the primary coil to the secondary one at very close range. Move the brush a short distance from the base, and it won’t charge.

WiTricity extends the range of induction, wirelessly charging objects that are three or four feet away — sometimes farther — from the primary source of electricity, Mr. Giler said.

“This is a better form of induction,” said Jason W. Fleischer, an associate professor of electrical engineering at Princeton who is familiar with the technology. Professor Fleischer, whose research is in electromagnetics and optics, has no financial connection to the company.

“Direct contact of a device to the counter isn’t necessary,” he said, “And you don’t have to place your phone or tablet with a specific orientation on the counter for them to recharge.”

Using the same technology, a homeowner could plug a WiTricity coil into an outlet in the living room. Then the robotic vacuum cleaner a few feet away, also equipped with an embedded coil, could recharge itself wirelessly.

WiTricity’s technology was developed by Marin Soljacic, a physics professor at the Massachusetts Institute of Technology, and colleagues. It was reported in the journal Science in 2007, the year the company was founded. Dr. Soljacic, who received a $500,000 MacArthur award in 2008, serves on the board of WiTricity as it commercializes the system.

He extended the reach of induction by fine-tuning the design of the magnetic coils that generate oscillating magnetic fields.

Professor Fleischer said that “the magic is in the tuning.” The magnetic coil that plugs into an outlet is engineered so it resonates at the same frequency as the companion coil embedded in the smartphone or other device. The devices join in a continuous magnetic field, and enough resonance results to induce an electrical charge for needy batteries.

Electric cars might be more appealing to some consumers if they could be charged wirelessly, rather than by attaching cables. And, soon, the technology could benefit rechargeable electronic medical implants, like pacemakers and neurostimulation systems for pain management.