MM-Space, being developed by a lab at NTT, is a system designed to give the feeling of chatting face to face while in a group video conference! 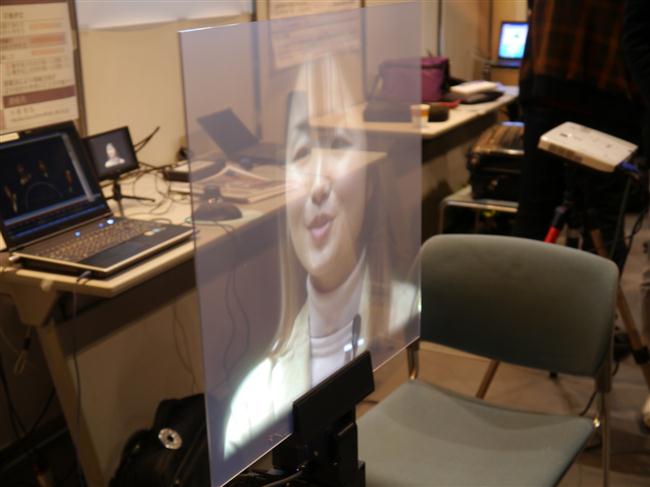 This system records the faces and voices of users from the spaces where they’re talking, and transmits them to spaces where the conversation is recreated. A recreation space has several projectors, see-through screens, actuators, and speakers, positioned in accordance with the users. 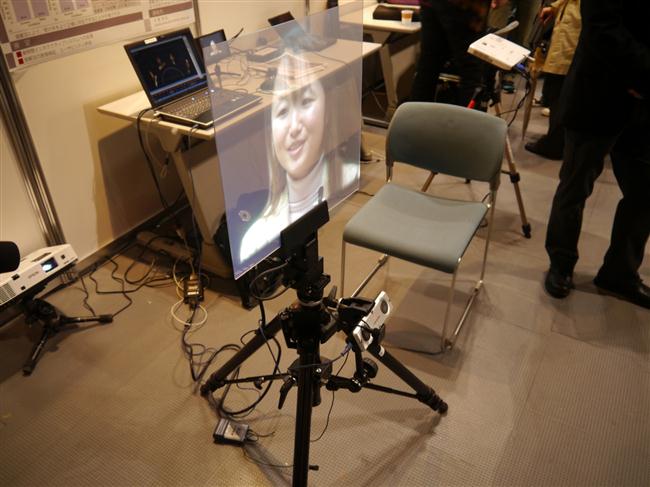 To make users feel as if the conversation is happening seamlessly in the real world, the system removes the background from each user, and projects a life-size image on the see-through screen. In an actual face-to-face conversation, nonverbal information, such as looking people in the eye, shaking your head, and nodding, plays a vital role in smooth communication. So in this system, users’ head movements are reflected as physical movements of the screen, using face tracking. 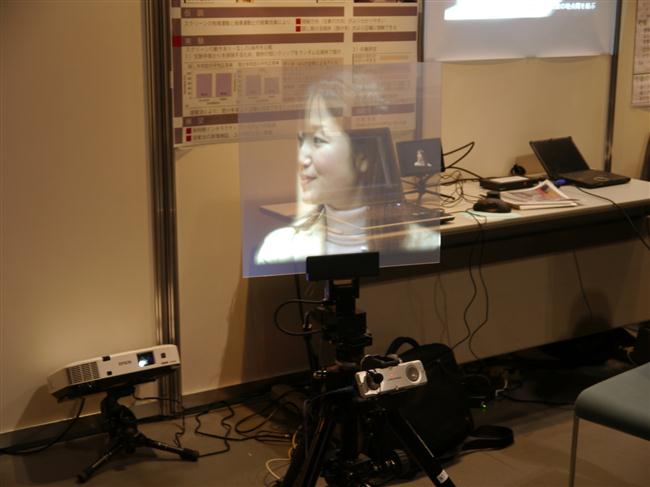 This makes it easy for users to see who is looking at whom, and whether people are looking at them. It has been confirmed that this helps users to look in the right direction, which has been shown to be a particular problem with videoconferencing systems so far. 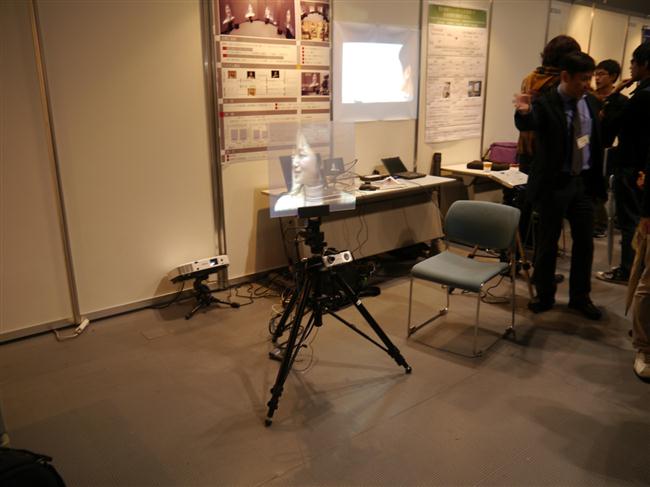 Currently, NTT is working to make the system function in real time. The company plans to do more thorough tests, as well as considering optimal camera positioning and issues involved in real-time communication.