Update 1: You can only use the offline image directly for clean install if you have a Windows 8.1 Key. Otherwise use this method to offline-update using your Windows 8 Key: mcakins.com To update to Windows 8.1 normally, you can go to the Windows 8 Store Then click/tap Update to Windows 8.1 If you face any errors like "Your apps were installed" or you can't find the "Update" tile, you can run cmd in elevated mode and type: Dism /Online /Cleanup-Image /RestoreHealth   To END_OF_DOCUMENT_TOKEN_TO_BE_REPLACED

In this Post we will Go through  some amazing &  important features that Microsoft is offering in its Windows 8 Products. Warning: If you are not willing to buy a new device or don't need to spend money to buy tech gadget stuff please don't read this post... hahaha just kidding. Let's Start: Friday, 26 October 2012 the whole world woke up eager & thirsty awaiting the release of Microsoft's new Products followed by the Windows that is described by the most Secure, Fastest, Fluid & END_OF_DOCUMENT_TOKEN_TO_BE_REPLACED

"As per a report by The Telegraph, Bill Gates wrote Steve Jobs a letter, Steve Jobs valued the letter so much that he kept the letter by his bed as he was dying. Not much details about the content of the letter has been disclosed but Gates did say  ”I told Steve about how he should feel great about what he had done and the company he had built. I wrote about his kids, whom I had got to know.” He also added: “There was no peace to make. We were not at war. We made great products, END_OF_DOCUMENT_TOKEN_TO_BE_REPLACED 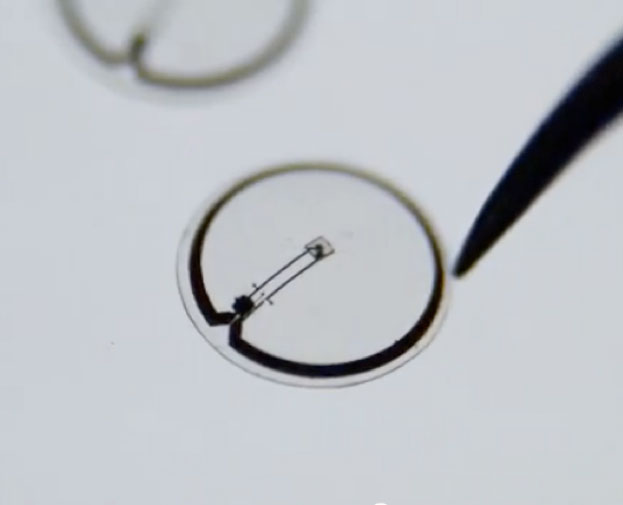 The tears in your eyes carry a lot of information about you, so why not monitor your vitals with a contact lens? That idea is being taken seriously by Microsoft Research and the University of Washington. In a joint research project, the two institutions are developing a contact lens equipped with a glucose sensor that can monitor blood sugar and transmit the data wirelessly to another device. PHOTOS: Extraordinary Beauty of the NanoArt World This would be a big help to people with Type END_OF_DOCUMENT_TOKEN_TO_BE_REPLACED