We have previously posted about Google’s Self-Driving Car and how it made it to the street, and now here’s another sample of a french self-driving car that takes it to the road! 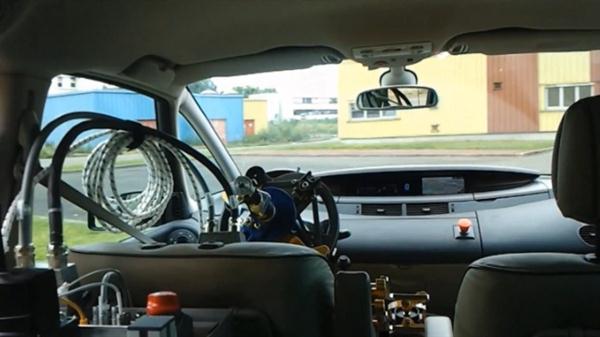 Autonomous vehicle projects are picking up speed — literally. Leading the pack is Google’s famed robot car, which has logged thousands of kilometers driving on public roads. But there are projects also in Italy, Germany, the U.K., and reportedly China.

Now we’ve learned about an interesting self-driving vehicle developed in France. The video below shows how the car works and some road tests, including one in which a “polystyrene pedestrian” is thrown in front of the vehicle:

The car was developed by a team from IFSTTAR, a French R&D organization, and the Embedded Electronic Systems Research Institute at ESIGELEC, an engineering school in Rouen, in the Normandy region. The goal is to develop autonomous vehicle technologies that can help test automotive safety systems.

By using a “driving robot,” the researchers can control the exact trajectory, speed, and behavior of a vehicle. “Then we can compare the performance of different safety systems,” says Pierre Merriaux, one of researchers involved.

The group modified a Renault Grand Espace by adding a Stahle “robot driver,” sensors, cameras, and a control bay on the roof. Merriaux explains that the car is guided by GPS RTK and an iXSea inertial unit, with data acquired and processed using the RTMaps multisensor engine. There are three cameras to monitor the vehicle’s surroundings and one forward-facing used to track road lanes and markings. A LIDAR unit at the front detects other cars and pedestrians.

The researchers first tested their robot car manually, driving it with a joystick. Then they let the car drive itself on a test track. They plan to use the vehicle to evaluate safety features under various driving  conditions.

The project is part of a large R&D program called Quasper, which involves a number of French companies and labs, including the Thales Group and INRIA. The aim is to develop sensors and “perception systems” for applications in transportation and security. 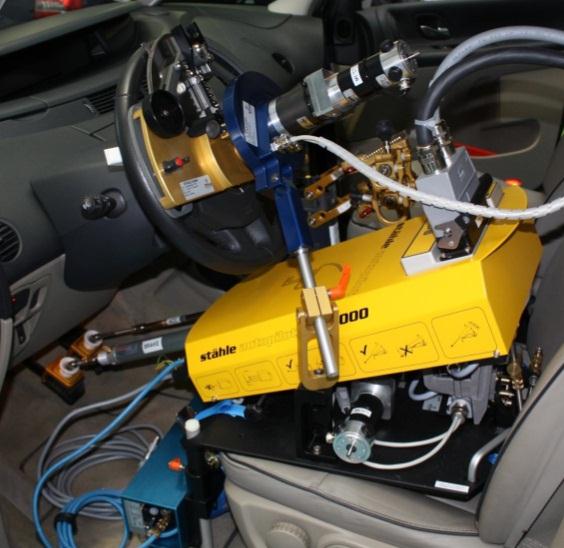 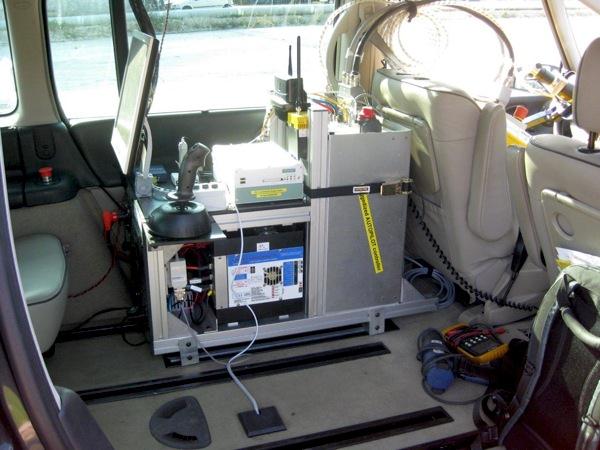 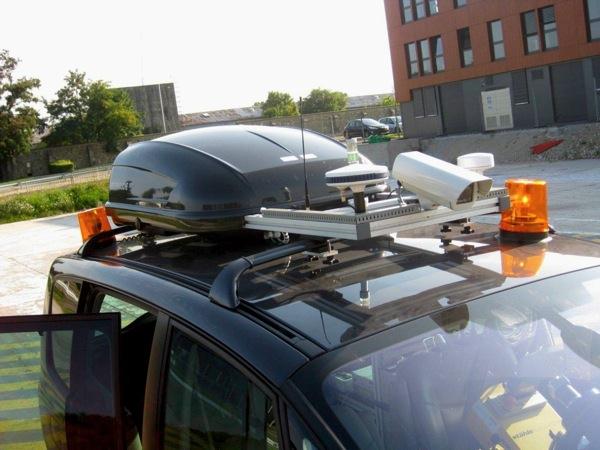 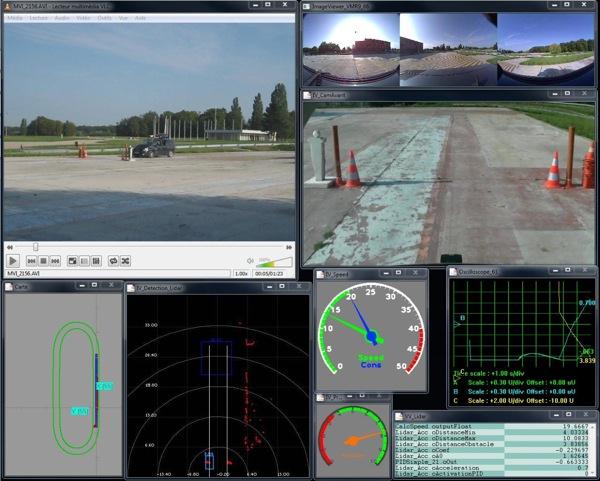 Photos and video: IRSEEM/ESIGELEC and IFSTTAR