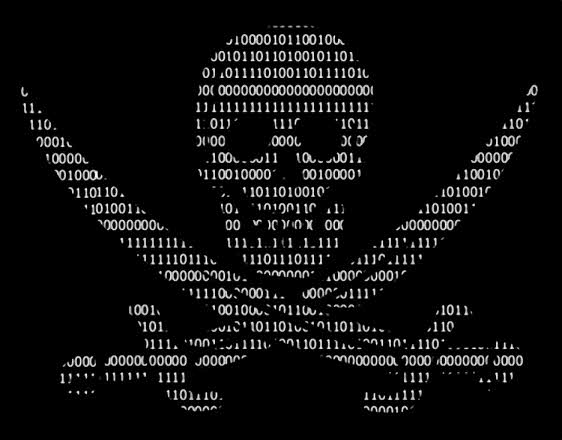 Takeaway: Black hat, white hat, or somewhere in between, hackers have had a huge impact on the evolution of information technology. See if you agree that these 10 hackers belong on this list.

Hacking is not a recent invention. In fact, it has been around since the 1930s, although not always associated with computers. Here’s a rundown of some of the most noteworthy hackers in history.

Kevin Mitnick, once considered the most-wanted cybercriminal in the United States, is often touted as the poster child of computer hacking. Kevin mastered an early form of social engineering (scamming operators) and computer hacking to gain access to and modify telephony switching systems. After a very public two-year chase, arrest ,and incarceration, the hacker community collectively rose in protest against what they viewed as a witch hunt.

On November 2, 1988, Robert Morris released a worm that brought down one-tenth of the Internet. With the need for social acceptance that seems to infect many young hackers, Morris made the mistake of chatting about his worm for months before he actually released it on the Internet, so it didn’t take long for the police to track him down. Morris said it was just a stunt and added that he truly regretted wreaking $15 million worth of damage, the estimated amount of carnage caused by his worm.

Seeming like the opening of a James Bond movie, Vladimir Levin was working on his laptop in 1994 from his St. Petersburg, Russia, apartment. He transferred $10 million from Citibank clients to his own accounts around the world. As with most Bond movies, Levin’s career as a hacker was short lived — with a capture, imprisonment, and recovery of all but $400,000 of the original $10 million.

Yan Romanowski, also known as MafiaBoy, was arrested in February 2000 for launching a denial-of-service attack that brought down many of the Internet’s largest sites, including Amazon, eBay, and Yahoo. Yan’s lawyer claimed, “If [MafiaBoy] had used all his powers, he could have done unimaginable damage.” It is widely believed that Romanowski is no more than a script kiddie. His attacks, however successful, were implemented using computer scripts that clogged networks full of garbage data.

Kevin Poulsen, known as Dark Dante in the hacker community, specialized in hacking phone systems, particularly radio stations. This talent allowed only calls originating from his house to make it through to the station, assuring him of wins in listener radio contests. His iconic 1991 hack was a takeover of all of the telephone lines for the Los Angeles KIIS-FM radio station, guaranteeing that he would be the 102nd caller and win the prize of a Porsche 944 S2. The bold Poulsen was wanted by the FBI for federal computer hacking at the same time he was winning the Porsche and $20,000 in prize money at a separate station. Poulsen spent 51 months in a federal prison, the longest sentence of a cybercriminal at that time.

The now-famous founders of Apple Computer spent part of their youth as hackers. They spent their pre-Apple days (circa 1971) building Blue Box devices (an early phreaking tool allowing users to make long distance calls without the financial charges) and selling them to fellow students at the University of California, Berkeley.

Smith’s fame comes from being the author of the infamous email virus known as Melissa. According to Smith, the Melissa virus was never meant to cause harm, but its simple means of propagation (each infected computer sent out multiple infected emails) overloaded computer systems and servers around the world. Smith’s virus was unusual in that it was originally hidden in a file containing passwords to 80 well-known pornography Web sites. Even though more than 60,000 email viruses have been discovered, Smith is the only person to go to federal prison in the United States for sending one.

James gained notoriety when he became the first juvenile, at age 16, to be sent to prison for hacking. James specialized in hacking high-profile government systems, such as NASA and the Department of Defense. He was reported to have stolen software worth more than $1.7 million.

While George Hotz may be a renowned jailbreak artist, he’s best known for being named as the primary reason for the April 2011 PlayStation breach. As one of the first hackers to jailbreak the Sony PlayStation 3, Hotz found himself in the middle of a very mean, public, and messy court battle with Sony — perhaps because of his public release of his jailbreaking methods. In stated retaliation, the hacker group Anonymous attacked Sony in what has been the most costly security break of all time. Hotz denied any responsibility for the attack and said, “Running homebrew and exploring security on your devices is cool; hacking into someone else’s server and stealing databases of user info is not cool.”

In 2002, a decidedly odd message appeared on a U.S. Army computer: “Your security system is crap,” it read. “I am Solo. I will continue to disrupt at the highest levels.” It was later found to be the work of Gary McKinnon, a Scottish system administrator. Gary has been accused of mounting the largest ever hack of U.S. government computer networks — including Army, Air Force, Navy, and NASA systems. The court has recommended that McKinnon be extradited to the United States to face charges of illegally accessing 97 computers, causing $700,000 in damage. Adding even more interest to McKinnon’s actions is his insistence that much of his hacking was in search of information on UFOs, information he believed the U.S. government was hiding in its military computers.