And I thought that an image is worth a thousand words!! 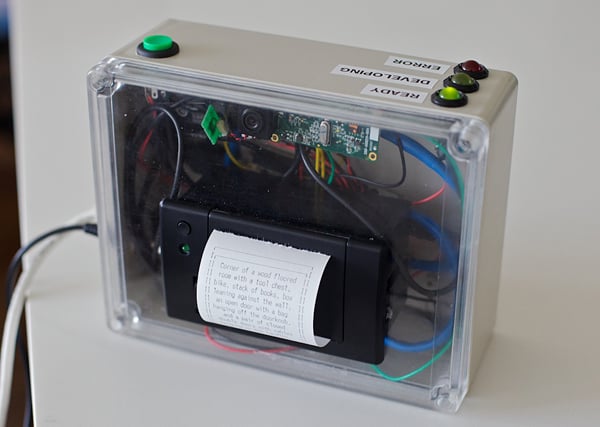 Inventor Matt Richardson simply calls it the Descriptive Camera (soon to be called Photo2Text). Here’s how it works:

The camera captures a digital image and sends it to a person to write the description .Richardson uses Amazon’s Mechanical Turk service to find people who will describe the photo. Finally, the camera’s built-in thermal printer will print out the description, so there could be a privacy issue there. The whole process takes 3 to 6 minutes. 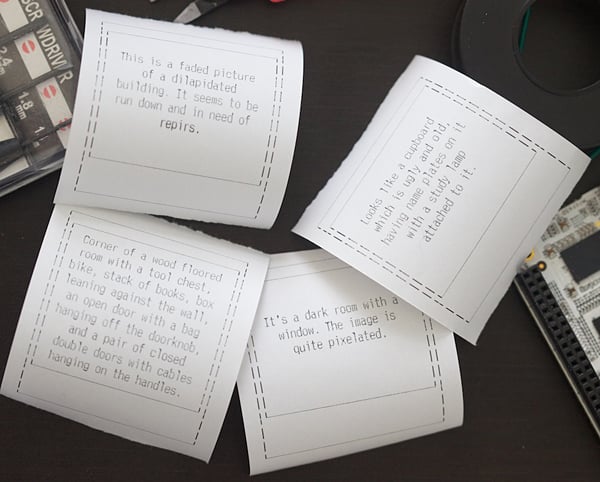 The camera can also be switched to “accomplice mode”, which can be used to send an instant message to another person so they can describe the photo. So for example instead of asking a worker who doesn’t know a thing about you, you could ask your mom to describe a picture of you when you were a baby. A Pic is Worth a Million Words! لأن كل صورة تحكي حكاية