Nostradamus, the Mayans, the homeless man who lives near me who can ‘hear the matrix’ – they all have one glorious thing in common, and that is predictions. Be it the rapture, the apocalypse, or, in the case of good old Benjamin, what colour my aura will be when I finally change gender, people with dramatic predictions have always held a place in my heart.

It is therefore fitting that I find myself contemplating the array of tantalising rumours that abound regarding our current alpha and omega, the iPhone 5. Some of my colleagues in the blogosphere will here inhale sharply, perhaps remembering the pain of discovering that this wondrous piece of technology, with that beautiful new digit attached, would not reach us in 2011. 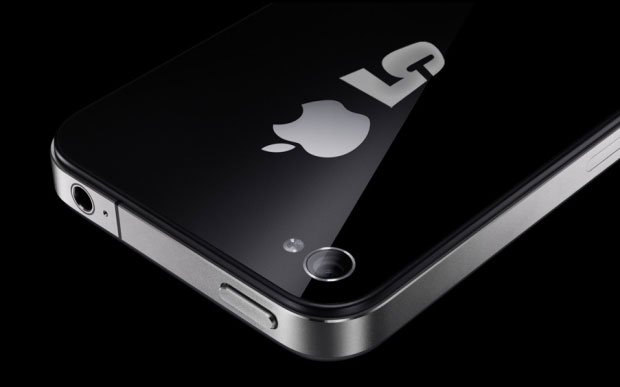 Instead, we were presented with the iPhone 4S, an indisputably brilliant piece of tech, but one which fell slightly short of our expectations. And that, of course, is the thing about predictions; they beget these expectations, and when said expectations are not met, a deflation occurs. The world sighs in dejected disappointment, before it tries to get back on its orbit. If you too experienced this sense of disillusionment last Autumn, then I believe it is time you stopped ‘living for the moment’ and carpe-ing that diem. Instead, it is time to once again revel in the possibilities, to award yourself for good behaviour with some backsliding, and to re-engage in a spot of fervent wishing and hoping. To this end, and without further ado, I bring you the latest – and most credible – iPhone 5 rumours.

What’s in a name?

Apparently, too many numbers. Rumour has it that the iPhone 5 will drop the ‘5’ and instead become simply the new iPhone. Removing the numerical status of the new iPhone is a bold move, given the delight that owning the newest possible model of iPhone brings to many, but it is a useful branding technique. It worked exceptionally well for the iPad when Apple eschewed its need for a number. And philosophically, to this blogger at least, it seems to suggest that nothing came before or will come after this perfect piece of technology; everything is simply one big beautiful evolution. Deep, no?

Is that a gun in your pocket, or are you just happy to see me?

The package is an essential part of any new piece of tech. What’s it kitted out with? What’s it packing? One of the minor disappointments associated with the iPhone 4S was the lack of NFC, but it looks like Near Field Communication technology will finally be sprinkled with a bit of Apple flavour. It is also rumoured that the iPhone 5 will be using 4G/LTE connectivity. If you read that and got a bit hot under the collar, hopefully you hail from the Western side of the Atlantic. This feature will not be coming to Old Blighty’s side of the pond – it’s US only I’m afraid. Upside? Something to look forward to? Yeah, yeah, grumble, grumble. 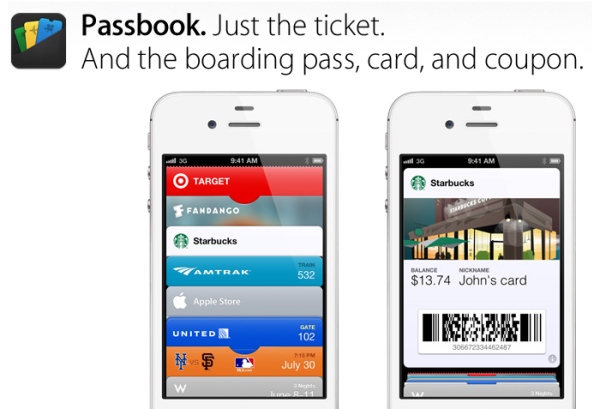 Something that Limeys can get ‘royally’ excited about, however, is the quad core processor that the iPhone 5 is rumoured to be packing. This means that Apple has picked up the cues given by the awesome Samsung Galaxy S3  and the HTC One X. The teacher becomes the student, the sensei the grasshopper.

Nothing tastes as good as looking good feels.

Apple’s newest stud will be adopting this motto of disciples of ‘heroin chic’. We have received no official word, but it is whispered by insiders that the iPhone 5 will boast a 4 inch screen. This is a new departure for Apple, given its previous models have all been 3.5. Some of Apple’s toughest competitors (again the Samsung Galaxy deserves a mention) have amped up their screen sizes to 4.3 already, but Apple have kept strictly to their 3.5 ever since the very first iPhone. Other reports indicate that the width of the screen will remain the same, but that the device will be longer. Although the 4 inch screen would pack more punch, especially in terms of the aspect ratio, it is possible that this rumour will come to naught, given that the larger screen may disturb the glorious iOS platform’s offering of apps, although conversely the larger screen could mean a whole new row of shiny apps becoming available. Most sources are agreed that the new model will have a smaller, redesigned dock connector that will eventually become standard on all iOS devices. 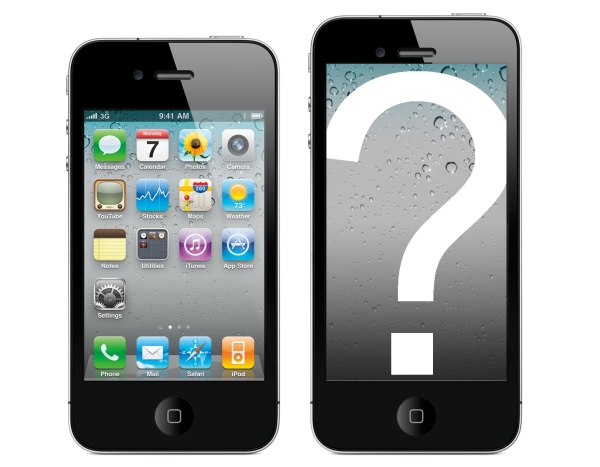 The sixth generation iPhone will boast a similar look to the sheet aluminium casings seen and admired on the Apple MacBook Pro and Air. This should also avoid the embarrassing antenna difficulties encountered with the iPhone 4, as well as looking damn cool. The newer, sleeker iPhone will also be be a few millimetres slimmer, thanks to the use of smaller conductive nodes beneath the screen, and to the introduction of a more streamlined camera.

You will be, with the iPhone 5’s supposed high-spec 3D camera. Yes, 3D has permeated Apple industries, at least according to ‘sources’. According to outlines given on Apple’s patent site, Patently Apple, the 3D imaging camera will allow users to make use of advanced micro lenses to add visual depth to extra-dimensional snaps. What that means, of course, is that soon your Facebook photos will have a totally killer edge, man. Chrominance and luminance Sensors will bring amazing, psychotropic colours to the camera on your phone, and the new patent allows for depth-perception sensors to basically rock your world.

There you have it folks. The most reliable, enjoyable, and credible rumours to make their way to us since, well, since the last time we hungered for news of the iPhone 5 about a week ago. Some seem highly possible; some probable; some will never appear. As for me, I’m going to run them by Benjamin the hobo, to see if he can’t ‘hear the truth’ in any of them.  Seems legit.