Alongside the PocketTouch technology, Microsoft has also been supporting research on something a lot more visual, a lot more flashy, and a lot more versatile: OmniTouch. While mobile technology has been centering around increasing responsive and sleek touchscreens for the past few years, OmniTouch takes things in a bit of a different direction by using a projectorto make any flat surface into a “touchscreen.”

At the moment, OmniTouch is pretty primitive and requires the user to wear a shoulder-mounted projector not unlike a Predator shoulder-cannon. From its perch up there, the projector aims and displays the touchscreen on various surfaces according to the user’s choice and tracks hand movements for input. Not only can it recognize button presses on a hand, wall, or table, but it can also recognize gestures in 3D-space such as holding a display closer and more upright to indicate privacy, or lower to indicate when it is being used publicly.

Of course, projected images are never going to look quite as good as screen images since they have to travel a good distance through the air and can be affected by all manner of obstructions, but this technology could potentially revolutionize mobile devices, as I’m sure you can imagine.

The idea isn’t entirely new. Laser keyboards have existed for a while, but they seem like the overly-specific, sort-of-expensive-for-just-doing-one-thing precursor that every revolutionary new technology seems to have. The device proper will have to get considerably smaller before anyone would even think of including it in any sort of product aimed for the general public, but if it does get smaller, gets out there, and works, it could blow the lid off touchscreen computing, or at least keep it on its toes. 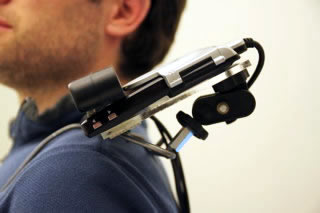 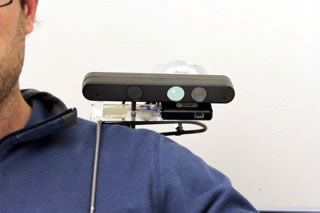 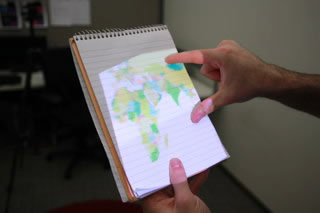 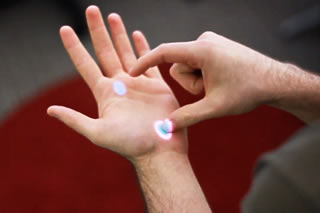 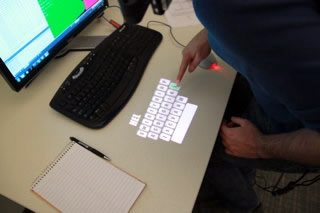 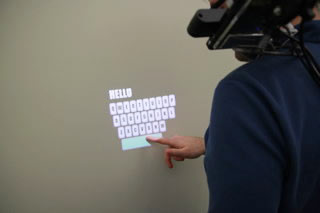 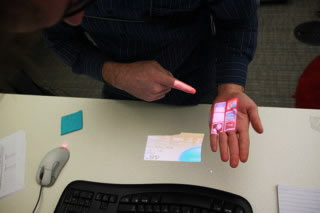 More about the project site 1and site 2 …