Strangely Round Rocks of “Unknown Origin”

Well, saying “unknown origin” is an obvious exaggeration, since it is widely assumed that they must be sedimentary concretions, and were created by cementation of mud stone, coastal erosion, time and elements, just like any other unusual rock formation. 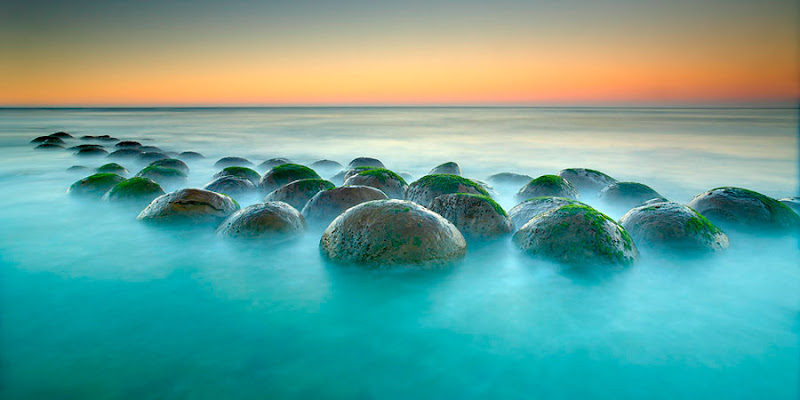 Yet their bizarre cracked shells, often perfectly spherical shape and unexpected locations remain largely unexplained and keeps them regarded as a “geological mystery”. Not to mention other theories: are they fossils? alien eggs? weird energy storage devices from a crashed alien ship? Some even say that they are the… Great Balls of Fire (that fell down on Earth in Biblical times).

These balls in the mist are Moeraki Boulders at the Koekohe Beach on the Otago coast of New Zealand. They are truly strange: gigantic (up to three meters), some almost perfectly spherical in shape, with a crystal-filled hollow interior… resembling a discarded shell, a gigantic pod waiting to hatch, or a husk that’s already hatched.

For example, these seem to be ready to hatch: 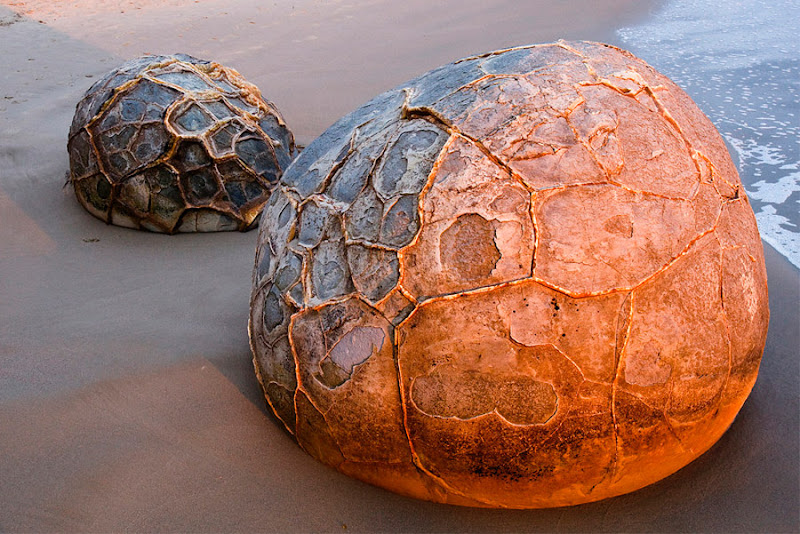