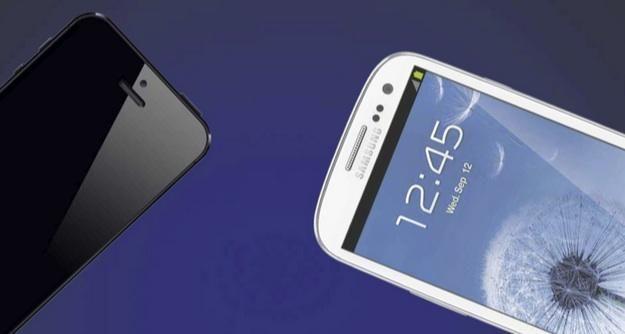 Samsung makes its own comparison between the two best selling smartphones with a large print ad in national and local newspapers across the United States  with the headline  “It doesn’t take a genius.” 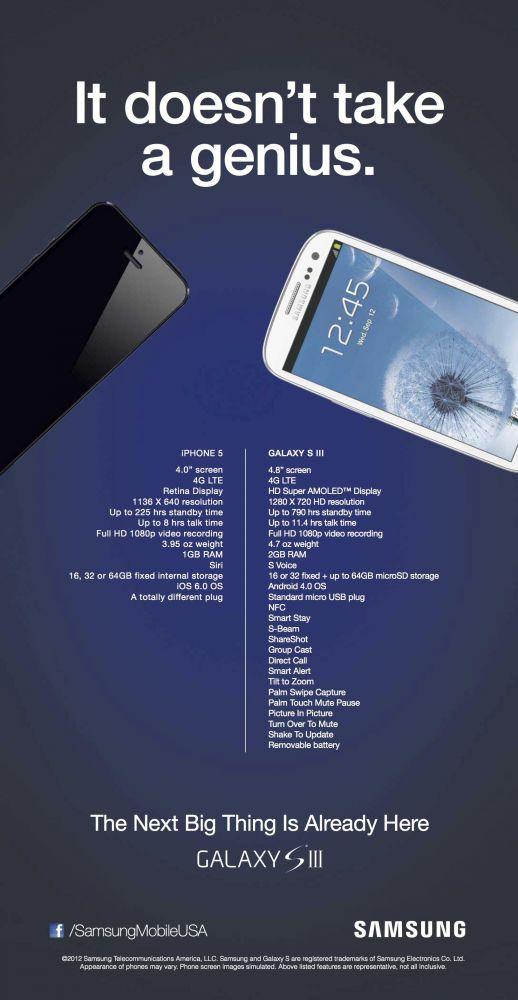 now the funny thing is, another ad.  — presumably made by fans of Apple created by Tim Sears — tells the opposite of the story , giving the Samsung a taste of its own medicine, but providing wrong information! 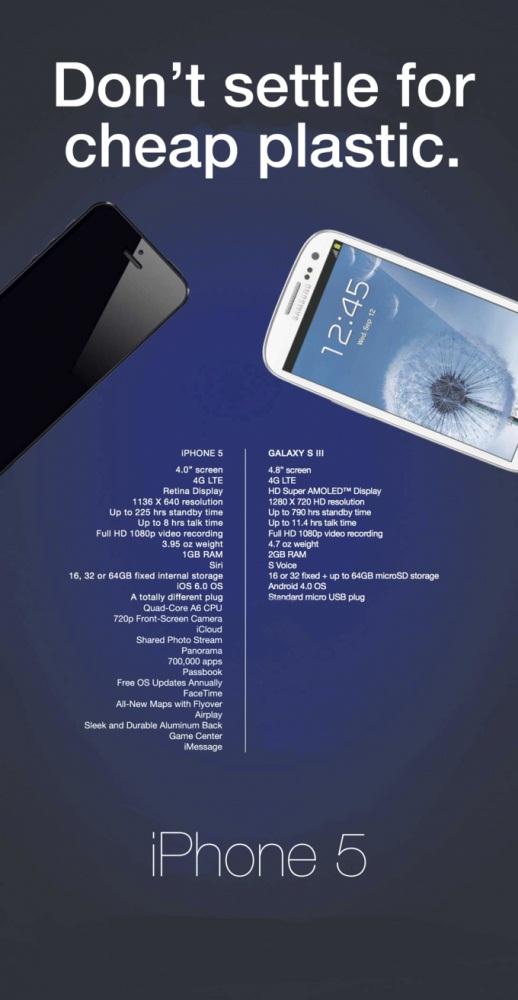 Note: Some information mentioned in the “iPhone 5” ad is wrong!

So what do you think?

Would Your iPhone’s Siri Usage Increase Your Phone Bill?